Recently, I created the Lightning Field Set Record Display Component and the Field Set Form V2 Components that are driven by a field set. One limitation is that these controls display the fields vertically in one column which is great for phones and tablets. However, when there’s more screen space, more sophisticated layouts are desired so I wondered if I could use a page layout to configure a record’s layout. Granted, one should use the force:recordView lightning component since it’s native and does that already but I wanted to explore the possibility. Out of that research comes two new lightning prototypes, the Collapsible Section and the Page Layout Record Display.

These components are now available in the Lightning Prototypes Unmanaged Package.

One thing that drives me nuts is that the Lightning Design System has many “Components” and the markup to create them but many of them are not included as standard components within the Lightning framework. This means developers all over the world are creating and duplicating their own versions of this when it isn’t necessary. Furthermore, many of the component examples have markup that isn’t even compilable when you try to use it. Try it with an SVG and you’ll see.

Since I was trying to replicate a record’s standard page layout, I wanted to use a collapsible section. The Expandable Section Component gave me the markup but there wasn’t any standard component for it so I decided to create one. Thankfully, it was easier than expected.

I used the Expandable Section Component as a starting place for the markup. Since the SVG isn’t allowed, I used the lightning:buttonStateful component for the down and right images along with the given title. To collapse the section, one clicks the header which removes the “slds-is-open” class from the section div element. To expand it again, one clicks the header and the class is re-added.

My goal here was to create a lightning component that displays a read-only record whose layout is governed by a specified page layout. This was actually much easier than I expected. Granted it’s very basic but it was a lot of fun to learn and put some different pieces together. Here’s what I came up with.

A special thanks to Matt Lacey’s Metadata Layouts in Apex & Visualforce Blog Post for supplying the starting apex code.

The component uses the Apex Metadata API to fetch the specified page layout’s metadata and then it uses that to construct the record’s read-only layout. Currently, the Apex Metadata API lets one access page layout metadata and custom metadata. It’s relatively new in the last release or two and am looking forward to more support in the future. The component uses the layout’s sections with each section having columns and with each column having fields. The layout already had the desired structure so it was a simple matter of iterating over it using the lightning:recordViewForm with lightning:outputFields.

Let’s use an Account page layout as an example.

As you can see, it looks decent but isn’t perfect. 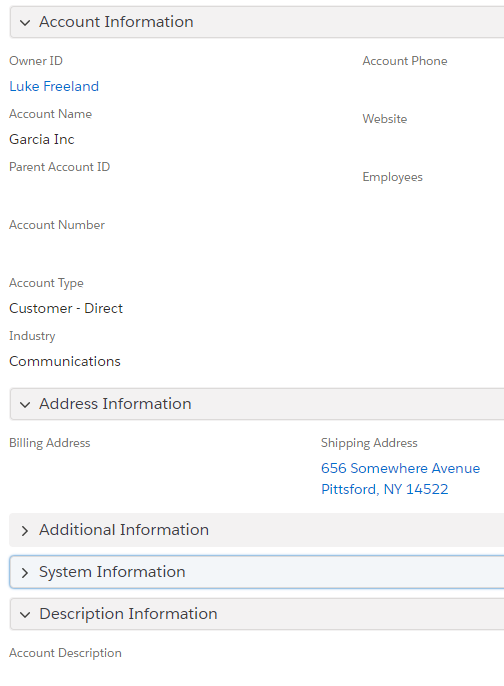 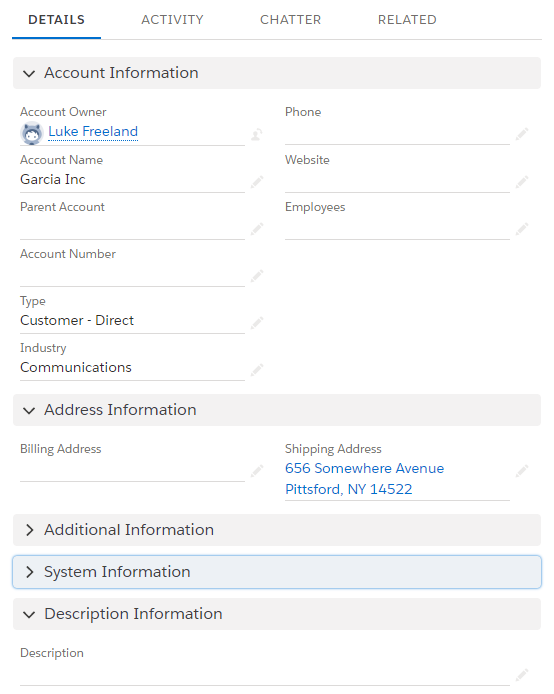 I thought it would be nice to let someone place this anywhere they wanted and then specify the record id and page layout.

Unfortunately the Metadata.Layout isn’t “AuraEnabled” so the equivalent view model classes were created to marshal the data.

The necessary apex test code to package this.

Am considering trying to implement a Page Layout Form for fun or apply additional styling and other expected features to the Page Layout Record Display to polish it.

Let me know what you think in the comments below.